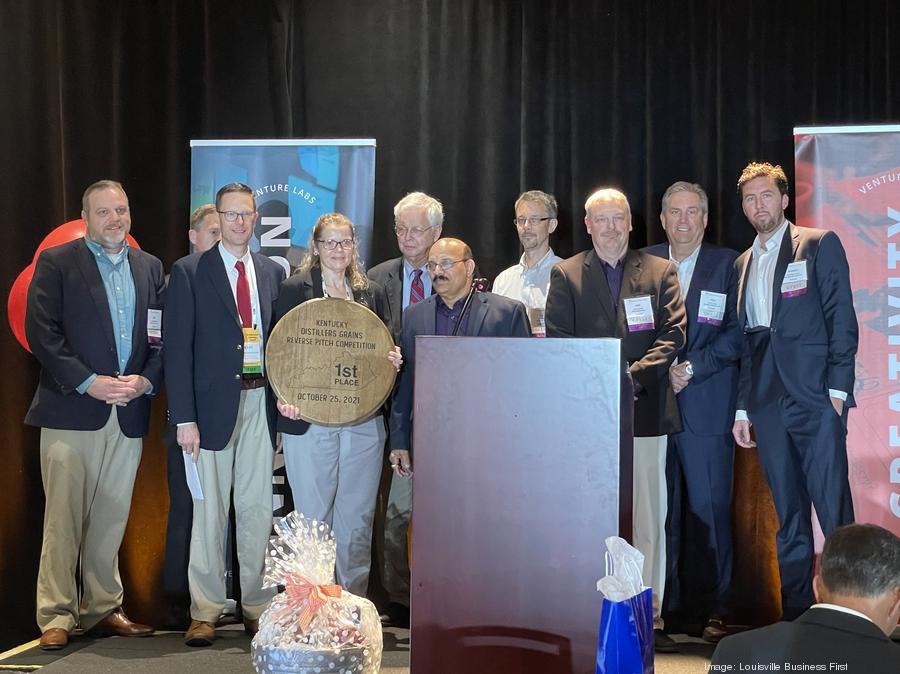 That’s an idea BioProducts LLC aims to make a reality through its integrated solution to stillage, a byproduct created
during the distilling process for bourbon.

The Louisville-based company won the Distillers Grains Reverse Pitch on Monday at the 25th Distillers Grains
Symposium held at the Louisville Marriott Downtown. The pitch contest’s six finalists from across the country were
tasked with offering a sustainable solution to the more than 1 billion gallons of stillage produced by Kentucky’s
distillers as the industry continues to grow.

One of those is activated carbon, which is the preferred electrode material in supercapacitors, asymmetric batteries and
a variety of advanced batteries because of its high surface area and high purity.

Fiber in the whole stillage can also be used to make xylose, a diabetic-friendly sugar substitute, while the protein can
used in animal feed. According to BioProduct’s projections, with 75,000 gallons a day of whole stillage, those three
streams could produce $2.5 million in annual revenue.

Did you know? For every gallon of bourbon produced, approximately 10 gallons of stillage is left over. About 96
million gallons of stillage are produced annually across Kentucky. This issue this reverse pitch competition aimed to
tackle is that while stillage supply has been increasing, demand for its current low-tech uses has not.

Clifford Speedy, executive director of projects at C&I, said it would take about $3 million in capital to build the first
facility, an investment that could be paid back in less than two years.

“This is an ideal partnership, he said. “One that has two companies with complementing sets of skills and has direct
experience in commercializing a piloted process.

“When you choose us you’re going to get a commercial-ready process that takes your stillage, converts it into sellable
products that are both profitable and sustainable. We’re the right team, at the right time to solve this challenge.”

The judges — Joyce Nethery (Jeptha Creed Distillery), Brian Luftman (American Farm Investors), Lynn Dant (Log Still
Distillery) and Dr. Blake Layfield (Beam Suntory) — agreed with Speedy’s sentiments, awarding the team a first place
win. BioProducts was awarded a feature presentation to an audience of more than 500 distillery professionals from
across Kentucky at the James B. Beam Institute Industry Conference in March 2022. The presentation will give the
winning team the opportunity to showcase their technology for the commonwealth’s distillers annual event alongside
the latest in distilled spirits science and technology.

The reverse pitch competition was hosted through a partnership between the Distillers Grains Technology Council, the
James B. Beam Institute for Kentucky Spirits, Incubation Innovated, the EEC and KY Innovation, the Kentucky Cabinet
for Economic Development, with support and guidance from the Kentucky Distillers’ Association.